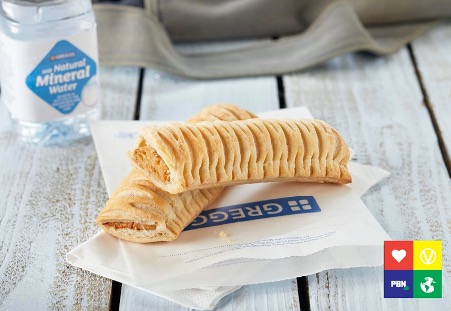 It’s unlikely you would have missed the recent launch of Greggs brand new vegan sausage roll. This was a huge win for Greggs after a turbulent few months – but what made the campaign so successful, and what can other brands learn from Greggs success?

The iPhone effect. Greggs were clever enough to parody iPhone launches, suggesting their new sausage roll was just as sought after and exclusive. The ad was iPhone, and Greggs even sent samples to journalists using iPhone—esque packaging. The result? Intrigue and interest. Clever parodies and a nod to a previous campaign will make your product stand out from the crowd.

The online trolling. Now, we’d never condone trolling, of course, but Piers Morgan really was rather asking for it, wasn’t he? As an influencer, by responding negatively on Twitter to Greggs’ new launch, Greggs has the opportunity to respond back: “Ah Piers, we’ve been expecting you…” which led to countless retweets, likes and even support from other brands. Genius. Online influencers can make all the difference in today’s social media led world.

Response to demand. Greggs responded to demand after 20,000 people signed PETA’s petition calling for a vegan sausage roll. By capitalising on the Veganuary movement, the rest was simple. Gregg’s were sold out within hours.

For more information about our latest marketing and comms jobs, contact FS1 on 01908 787 560 or hello@fs1recruitment.com.

Any cookies that may not be particularly necessary for the website to function and is used specifically to collect user personal data via analytics, ads, other embedded contents are termed as non-necessary cookies. It is mandatory to procure user consent prior to running these cookies on your website.